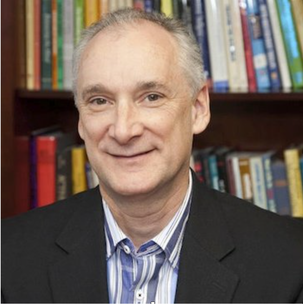 Kari Walker - Board Chair
​Kari Walker is a 1976 graduate of Wayne Memorial High School. During his high school years he was the chief photographer for the newspaper and yearbooks. He also participated in varsity athletics on the swimming and tennis teams. During his senior year he was the President of the Student Senate. Walker continued his education at the University of Michigan and earned both a bachelor and masters degree from the University in Ann Arbor. He is currently the President and CEO of The Guidance Center in Southgate, MI, a large multi-service non-profit organization serving children, adults and families from throughout Wayne County. 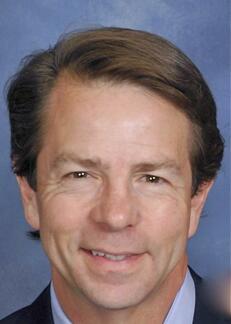 Richard Helppie - Founding Sponsor
Rich Helppie began his career in the growing field of computers shortly after his graduation from Wayne Memorial High School in 1974.  His education in computer programming at WMHS, coupled with his work experience helped him land his first computer-oriented job.  From there, he went on to develop a career in information systems and ultimately to founding and running IT related consulting and service firms.  Helppie’s firms have been named to the Inc. 500 list, Michigan’s fastest growing private companies, and NASDAQ top 5% performers.
Rich and his wife, Leslie founded the Helppie Family Charitable Foundation, where they have concentrated on the needs of medically and educationally underserved children, as well as various civic and artistic causes.  Rich was the Founding Donor of Champions of Wayne, and his vision and entrepreneurial spirit have taken a small academic program of 50 students and grown it into a 501c3 Non-Profit Organization involving 500+ students and 100+ mentors. 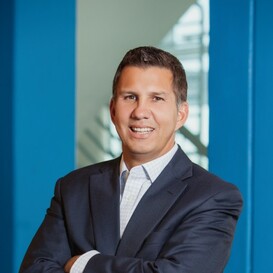 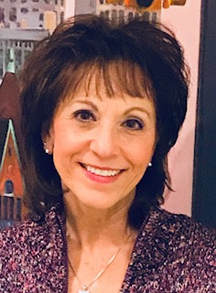 Stephanie Yurich Armes - Secretary
Stephanie is a proud graduate of the WMHS Class of 1974 and serves on the Board as Recording Secretary.  Stephanie currently works part-time as the Grants Manager at the Hudson-Webber Foundation in downtown Detroit where she enjoys participating in the revitalization of the city.  She was previously employed for 30 years at Ford Motor Company where she supported engineering and manufacturing departments in various analytical and administrative positions.  Stephanie and her husband Rick live in Livonia, MI, and have one adult son.  She is enthusiastic about supporting the Champions of Wayne program because of the positive difference it has made in so many students’ lives in the present and in their future. 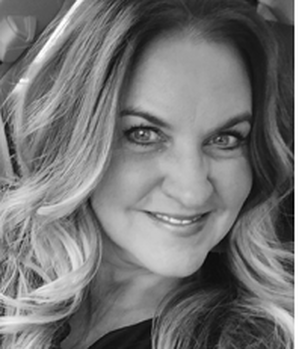 Lisa Weeg Styers
​Lisa’s passion is improving educational environments through opportunities, development and volunteering.   A 1984 graduate of Wayne Memorial, Lisa attended Henry Ford Community College, working full time in the mortgage industry for 18 years. Lisa and her husband of 18 years, Jeff, are owners of a successful staffing company, Arrow Strategies. They have one daughter and a yellow lab. Lisa’s dad passed away when she was 8.  She was raised by her mother and 2 older sisters in Westland, Michigan.  Growing up in a single parent home taught her to be resourceful and resilient and made her a strong independent woman, which wasn’t easy at times.  She was very fortunate to grow up in a neighborhood and community that looked after each other.  Having a sense of humor was not only a coping skill then, but brings joy to her, her family and friends today. Lisa believes in not letting your past define you negatively.  Every person is capable of doing great things, look for opportunities continually and act positively on them. 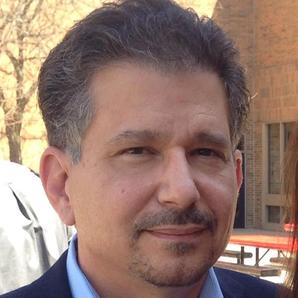 Jim House - Treasurer
​Jim is a Senior Financial Officer with 25 years of professional experience.  He has held a number of financial executive positions for both public and private entities, providing hands-on experience building and financing growth/value companies. He has raised or committed over $250 million in equity capital or debt for companies at all stages of development in a number of industries, including real estate, technology, manufacturing, distributions, healthcare and education.  In his positions as Chief Financial Officer, he performed the lead financial role in a variety of capital projects, including multiple IPO’s, numerous commercial lending projects and a secondary public offering. In addition, he successfully completed the evaluation, negotiation and financing of more than 15 mergers and acquisitions for both domestic and international companies.  Over the course of his career he also has extensive experience in public reporting and communicating with financial analysts and investors in the Wall Street community.  Mr. House is a graduate of Michigan State University and is a member of the Financial Executive Institute. 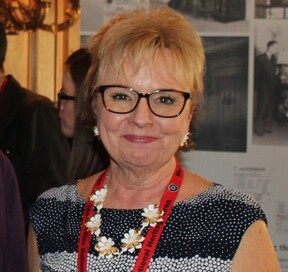 Shawn Pomaville-Size
For the past four years, Shawn has been the Executive Director of The MotorCities National Heritage Area, an affiliate of the National Park Service dedicated to preserving, interpreting, and promoting the automotive and labor heritage of the State of Michigan. As a native Michigander, Shawn shares the internationally important and inspiring story of the impact that the automotive industry has had on our economy and our society.
Shawn returns to her home state after fifteen years at the helm of Nevada Volunteers, the Governor’s Commission on Service and AmeriCorps in Reno, Nevada. As the founding Executive Director at Nevada Volunteers, Shawn helped strengthen both the volunteer and non-profit sectors in Nevada.
She has served on the boards of the Association of Fundraising Professionals, the Association of State Service Commissions and currently serves as Advocacy Co-Chair for the Alliance of National Heritage Areas.
Graduating cum laude from Eastern Michigan University where she attended on an Acting scholarship, Shawn has built a career in nonprofit management with a specific expertise in federal government grants and community-based partnerships. She currently volunteers her time as a board member of The Champions of Wayne, a mentoring program at her high school alma mater in Wayne Michigan. She and her husband Earl are proud parents of five adult children and one grandchild. 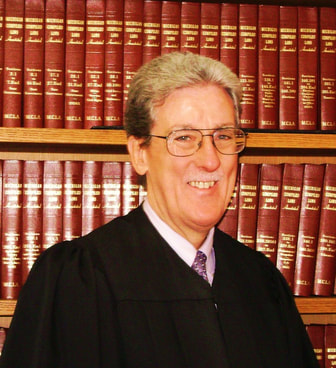 Milton L. Mack, Jr.
Appointed State Court Administrator in 2015, Milton L. Mack, Jr. previously served as a judge for the Wayne County Probate Court from 1990 to 2015 and as Chief Judge from 1998 to 2015.  Prior to that time, he was in private practice and also served as a Wayne County Commissioner from 1983 to 1990.  He is a member of the Conference of State Court Administrators (COSCA) and serves on the Problem-Solving Courts Policy Committees of COSCA. Judge Mack currently serves as a member of Governor Snyder’s Mental Health Diversion Council and the Trial Court Funding Commission. He also served on Governor Granholm’s Michigan Mental Health Commission in 2004. He has served as Chairperson of the Judicial Conference of the State Bar of Michigan and President of the Michigan Probate Judges Association.  He also served as Chair of the Southeast Michigan Council of Governments, President of the National Association of Regional Councils, Chairman of the Board of Trustees of the Oakwood Healthcare System, Chairperson of the Wayne State University Library Advisory Board and Chair of the Wayne County Solid Waste Planning Committee. He also served on the Judicial Crossroads Task Force and 21st Century Practice Task Force of the State Bar of Michigan, the Judicial Needs Assessment Committee of the Michigan Supreme Court, the Michigan Partners in Crisis Public Policy Committee and the Michigan Supreme Court Guardianship Task Force. In 2017 he was awarded the Snyder-Kok Award by the Mental Health Association in Michigan and was named Judge of the Year by the Michigan Guardianship Association and Advocate of the Year by NAMI Michigan. In 2014 he received the Mental Health Champion Award from NAMI Metro.  In 2011 he received the Frank J. Kelley Public Service Award from the State Bar of Michigan and was also named one of the 25 Leaders in the Law by Michigan Lawyers Weekly.  In 2010 he received the Treat Award for Excellence from the National College of Probate Judges. In 1999 he received the Tom Bradley Leadership Award from the National Association of Regional Counsels.  A frequent author and lecturer on probate issues for ICLE and other organizations; Judge Mack wrote “Involuntary Treatment for the 21st Century” published in the Quinnipiac Probate Law Journal in 2008, and is a contributing author to "Michigan Guardianship and Conservatorship Handbook.” 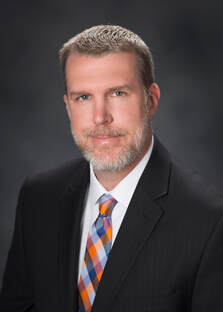 ​James Anderson - WMHS Principal
James was born in Saginaw, Michigan.  After spending a portion of his childhood in Colorado, his family returned to Saginaw where he finished his high school career.  He attended Western Michigan University where he earned his degree in elementary education.  He started his career teaching 5th grade in Benton Harbor, Michigan.  After relocating to Metro Detroit, he earned his masters in Educational Leadership from Michigan State University and then his Doctorate from the University of Michigan-Dearborn.  James has served as a high school principal, upper elementary principal, and middle school assistant principal over the past 16 years. James is thrilled to be a part of the Wayne Memorial Community and looks forward to great years ahead! 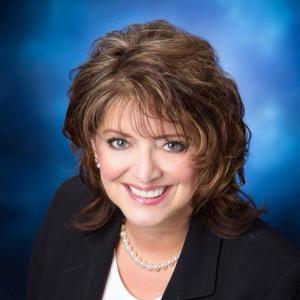 Deborah Vigliarolo - Executive Director
Deborah is proud to be back at her alma mater.  She was previously employed in the credit union industry for over 40 years and held several positions but was predominantly Vice President of Business Development & Marketing.  In her position as VP she was responsible for developing programs, primary face to the community and leader for new business development and growth opportunities. She was the leader in developing marketing strategies and implementing all marketing campaigns focusing on education and growth.  She is a resident of Livonia, MI and the proud parent of an adult daughter.  She couldn’t be happier working for Champions of Wayne to help transform student obstacles to successes with the incentive-based mentoring program. 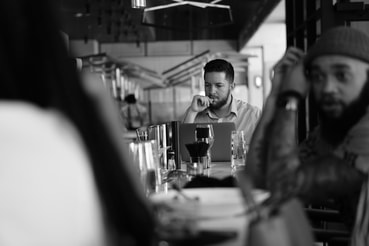 ​Ben Gugino - Director of Academics
Ben grew up in Ann Arbor and graduated in 2014 from the University of Michigan with a degree in Jazz studies. He has spent the last four years teaching the Digital Media Arts class at a Metro Detroit High School. While teaching, he developed the Digital Media Arts curriculum and was able to reach students that otherwise struggled with school. Ben is excited to be a part of Champions of Wayne where he can continue working with young adults and help with the continued success of the program.